2010, with a master’s degree in radio journalism from the Institut Français de Presse, I crossed Asia by train, alone, from Paris to Beijing, via Moscow and Ulaanbaatar.

Back in Paris, I worked as a newscaster for national radio France Inter, before leaving again, this time to Japan. I spent six months in a Zen temple located in the mountains, in order to put into practice the Buddhist philosophy that I had studied for years. An ideal of self-sufficiency, planting rice, plowing vegetable fields, cutting wood, a daily life centered around the intensive practice of meditation, Zazen.

After more than a thousand hours sitting facing emptiness, I set up my studio in Kyoto where I now work as a freelance voice over actor, while enjoying Japanese culture. 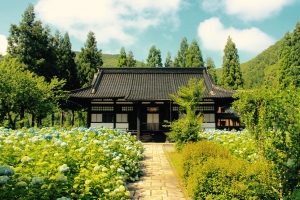